Question 1
Drag and drop the characteristics from the left onto the switching mechanisms they describe on the right.

Correct Answer: Exam simulator is required
There are different switching methods to forward IP packets. Here are the different switching options:
Process switching:
All packets are examined by the CPU and all forwarding decisions are made in software...very slow!
Fast switching (also known as route caching):
The first packet in a flow is examined by the CPU; the forwarding decision is cached in hardware for the next packets in the same flow. This is a faster method.
(CEF) Cisco Express Forwarding (also known as topology based switching):
Forwarding table created in hardware beforehand. All packets will be switched using hardware. This is the fastest method but there are some limitations. Multilayer switches and routers use CEF.

Drag and drop the statements onto the blanks within the code to complete the script. Not all options are used.

And this is the result: 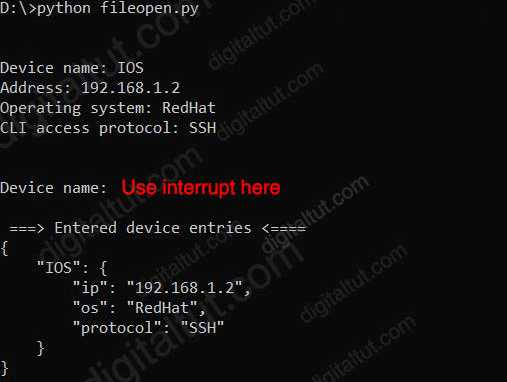 Note:
In Python, "pass" is a null statement. It is usually used as a placeholder.
In order to run the code successfully, we must have the "devicesData.json" first with at least one sample.
This code runs infinitely with "while True:" so we have to use Keyboard interrupt to exit (Ctrl-C in Windows, for example).

Question 3
When using BFD in a network design, which consideration must be made?

Question 4
A customer wants to connect a device to an autonomous Cisco AP configured as a WGB. The WGB is configured property; however, it fails to associate to a CAPWAP-enabled AP.
Which change must be applied in the advanced WLAN settings to resolve this issue?

Question 5
A customer deploys a new wireless network to perform location-based services using Cisco DNA Spaces. The customer has a single WLC located on-premises in a secure data center. The security team does not want to expose the WLC to the public Internet. Which solution allows the customer to securely send RSSI updates to Cisco DNA Spaces?

Correct Answer: B
Deploying the Cisco DNA Spaces: Connector OVA
This deployment is recommended when most of the devices that are managed by the Connector are on private or internal networks.
Reference:
https://www.cisco.com/c/en/us/td/docs/wireless/cisco-dna-spaces/connector/config/b_connector/m_ova.html
Note:
Cisco DNA Spaces: Detect and Locate maintains a device eviction time of 10 minutes. As long as you receive updates (RSSI, AOA, Info, Stats) from the controller, the device is kept active and is displayed on the dashboard. If updates (RSSI, AOA, Info, Stats) are not received for a particular device within this eviction time, the device is removed from the system.

Question 6
Drag and drop the characteristics from the left onto the switching architectures on the right.

Correct Answer: Exam simulator is required
Process switching, also referred to as software switching or slow path, is the switching mechanism in which the general-purpose CPU on a router is in charge of packet switching.
Reference:
https://www.ciscopress.com/articles/article.asp?p=2272154&seqNum=2

Question 7
By default, which virtual MAC address does HSRP group 32 use?

Question 8
Drag and drop the characteristics from the left onto the orchestration tools that they describe on the right.

Question 9
In Cisco DNA Center, what is the integration API?

Correct Answer: B
Westbound (Integration) APIs: provide the capability to publish the network data, events and notifications to the external systems and consume information in Cisco DNA Center from the connected systems. Through integration APIs, Cisco DNA Center platform can power end-to-end IT processes across the value chain by integrating various domains such as IT Service Management (ITSM), IP address management (IPAM), and reporting. By leveraging the REST-based Integration Adapter APIs, bi-directional interfaces can be built to allow the exchange of contextual information between Cisco DNA Center and the external, third-party IT systems.

Question 10
Which function does a Cisco SD-Access extended node perform? 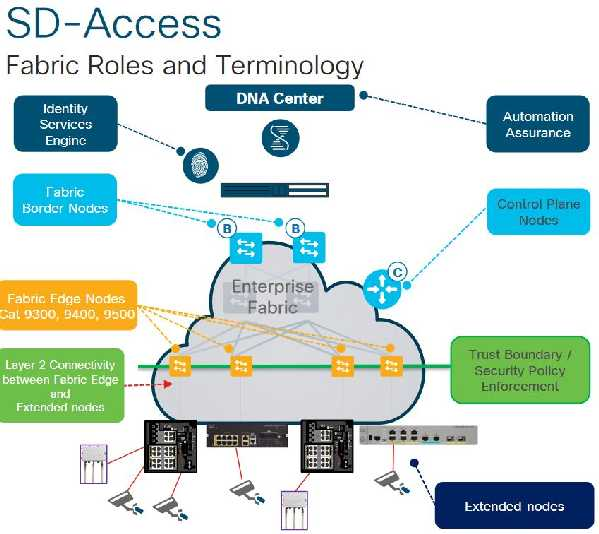