Question 1
Regarding the switching SPP feature, what is used to determine when FortiDDoS switches the traffic to an alternate SPP?

Question 2
The exhibit shows the configuration for the blocking periods. 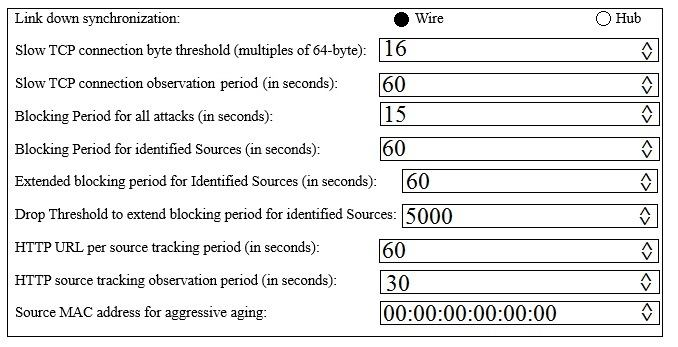 FortiDDoS has detected an incoming fragmented flood attack in SPP 0
According with the exhibit, which action does the unit take with the SPP-0 traffic as soon as the attack is detected?

Question 3
A FortiDDoS device must be deployed as soon as possible in a customer network that is currently under a DDoS attack. Which values are recommended to use for the configured minimum thresholds?

Question 4
The exhibit shows the partial configuration settings to generate the system recommended values for the configured minimum thresholds.

Question 5
Which of the following events can make FortiDDoS drop packets? (Choose two.)