Question 1
A customer recently performed an ONTAP upgrade and would like to confirm the successful completion of the process.
Which three actions would satisfy this requirement? (Choose three.)

Question 2
You are adding an additional node to a single-node cluster.
Which of the actions should be performed after this upgrade? (Choose two.)

Question 3
Using QoS statistics for a group of volumes on one node, you notice that most of the latency comes from the data layer.
In this scenario, which statement is correct?

Question 4
A manager wants a volume to have a guaranteed 300 MB/s of read performance. You explain that you cannot do this on FAS storage running ONTAP 9.3 backed by 10,000 RPM disks.
What is the reason for this response?

A backup administrator notices throughput problems during backup jobs. While the job is running, you review the QoS output for the target volume.
Referring to the exhibit, which statement is correct?

Based on the QoS output from the storage controller, your database administrator is complaining of slow read and write performance.
Referring to the exhibit, what would be two appropriate actions to improve performance for both reads and writes? (Choose two.)

Question 7
You are migrating volumes from an older aggregate to a new aggregate using the vol move command. You notice that, after completion, access to these volumes is slower until a certain process finishes.
Which process is causing the problem in this scenario? 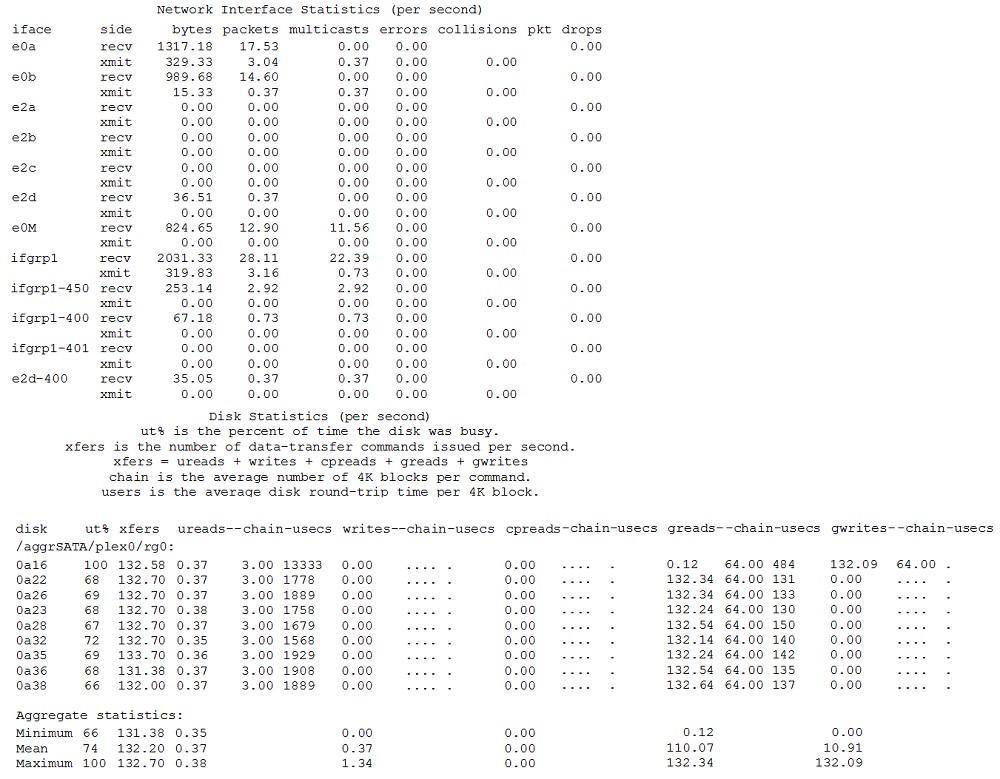 Your customer's disks are showing 100% utilization, but the customer sees minimal user I/O. You collect statistics using the statit command over a 10-second time period as shown in the exhibit.
In this scenario, what is the problem?

Question 9
A customer has a Window PC connected to an SMB share for a newly created volume on ONTAP storage. The share properties indicate that it has 475 GB free. However, the volume is configured as a 500 GB volume.
Which technology is responsible for this situation? 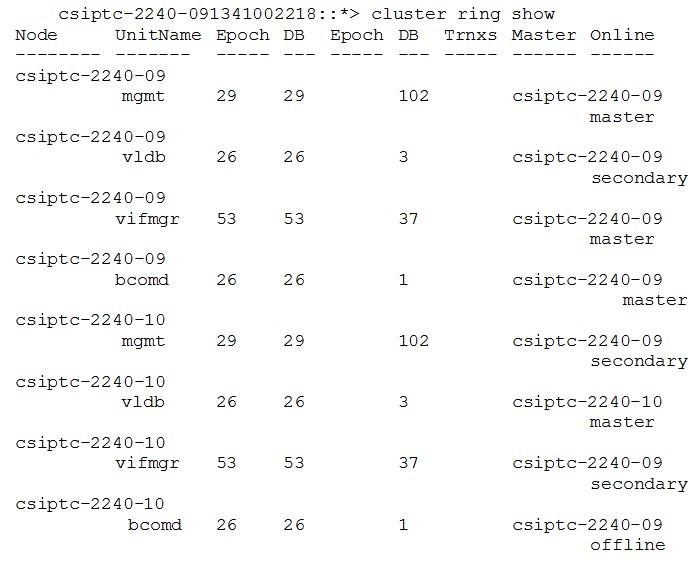 On a ONTAP system, CLI commands for adding an initiator to an igroup on csiptc-2240-10 are failing, even when attempted several times on node csiptc-2440-10. However, the command works on node 09. You can create a volume on both nodes.
Referring to the exhibit, which two statements are true? (Choose two.)